I often get inspired by my coachees – the people I guide and support (for those who don’t know this term). Yesterday was one of these days.

It was my time to run the session for our group program UNSTOPPABLE. We were talking about perfectionism, fear of failure, and making decisions.

The conversation took us to the power of small steps and how we can break through our fears in some little actions.

Since we recently moved to Tenerife, Simo and have been looking for an apartment. In the evening, we visited one and, walking around the area, we recognised another we had only seen online but couldn’t yet arrange a viewing with the agent. So I was curious and thought, what if we knock at the door and ask the people there to show it to us?

We hesitated, but I thought about my coaching call earlier and said to myself: who cares if they say no? Let’s do it!

So we rang the bell, and a teenage boy answered. He didn’t let us in because his parents were not home, but we had a little chat, and I left with the good feeling of having at least tried.

We train ourselves for more significant challenges in these little things. It might seem silly, but when we hesitated, I recognised what was stopping me from ringing that bell. So I went ahead and did it.

What about you? What stops you from doing even the little things that seem “unimportant”?

When the gap between where you are and where you want to be, appears too big, try a minor step. The gap might be smaller than it appears to be.

Or it might be as big, but if you don’t take even the smallest actions, you’re not moving forward.

If this inspired you or made you think, my mission is accomplished.

Let me know in the comments below, or send me a direct message – this might be your small action towards something bigger 😉

P.S.: I know it’s been a while since I last wrote here on the blog. This is a first attempt to do this more often and less perfect.

I still need to write about my journey this past year and a half and our travels in India! And I will, I promise.

I used to be a Digital Project Manager with a passion for healthy food and fitness. Now I’m a full-time healthy lifestyle advocate, on a mission to spread the word about the best medicine: healthy life habits. I am a certified Health & Nutrition Life Coach, Les Mills BODYPUMP™ Instructor, and PADI Scuba Diver; I am a sociable and positive individual, I speak three languages and this has allowed me to get to know and understand several cultures. I love learning, and I have achieved most of what I aimed in life. I value justice, empowerment, friendships and a sense of community. I don’t like enclosure, artificial things, nor melon. I enjoy life, and I take care of the planet. View all posts by Carolina 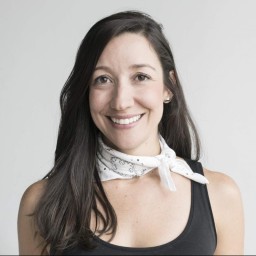 Hi there! Thanks for stopping by.

And I'm here to help you be healthier! I first created this blog back in 2013, to articulate my thoughts and general life experiences; more recently, I’ve dedicated it to my passion for good habits, exercise and food; hopefully, inspiring you to enjoy a healthy life as much as I do.

Subscribe FOR FREE NOW to get my ebook: VEGGIES MADE FUN, and start receiving occasional resourceful and positive reading material – I promise not to spam you!